This year at LFCC was my first ever foray into the world of Cosplay.  Which, I’ll be honest, had me quite nervous for about a week before the actual day.  I attended this year on Friday and Sunday (missing out Saturday), and I only went in costume on the Friday as I wanted to look different in the photo session on the Sunday (Because: Jeremy Renner!).

Originally there were going to be three of us in costume, but on the day I was the only one in full Star Wars Rey Cosplay, my other friends had some elements from the characters/genres only.  So on the train to the venue at Kensington Olympia, I was the one that people looked at funny!  And I’m normally so VERY shy…  Oh well.  Once at the venue, you blend with the crowd, which is much nicer. 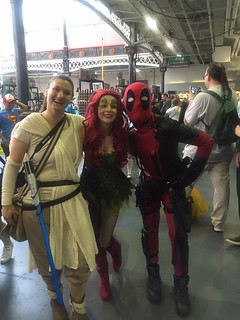 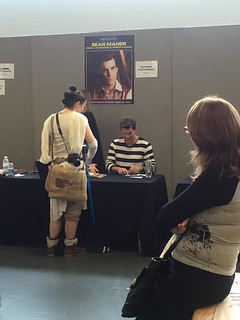 I have yet to properly integrate myself into the Cosplay community (see my earlier comment about shyness!), I’ve only really made a few posts in the UK Cosplay Facebook group in order to “test the water” so to speak; maybe next time I’ll feel more bold and join the groups when we’re face to face.  Those people I did speak to in passing were all really nice.  The occasional person also asked to take my photo and have a go with the light saber!  So a small, and mildly successful attempt at the cosplay scene in general.  I’ll have to kick it up a notch next time around! 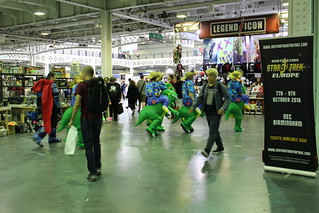 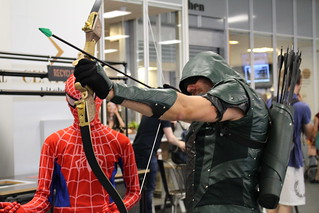 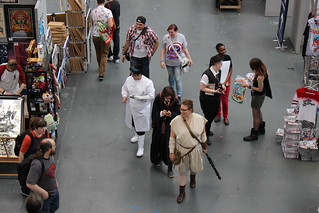 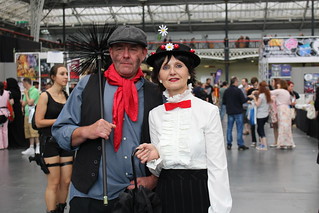 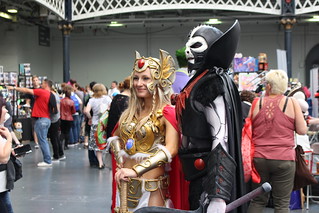 With a second keen interest in photography, it was a little difficult juggling the two things.. being in photos and trying to take some good ones myself.  I’ll have to prepare to do just one or the other on convention days, or just learn to juggle better!  So I’ve got some really good photos, and others not so great.  A selected few of my favourites are dotted throughout this post, some of cosplayers, some of the celebs.  You do feel a bit sneaky on occasion when you’re taking photos of the celebs that you’re not planning to get autographs from, but when you’ve got a strict budget to adhere to, you can’t get everyone on the day sadly. 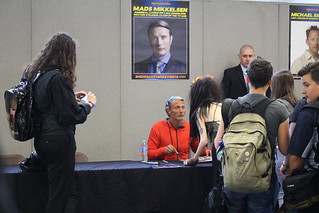 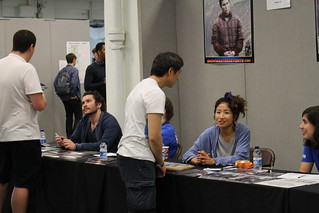 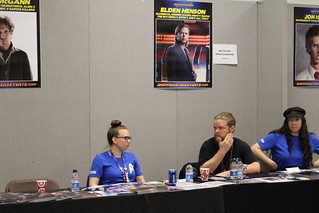 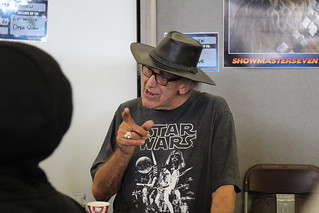 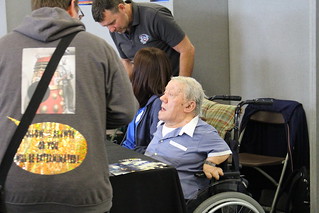 Regarding the last picture above: on the 13th August 2016, sadly we said a final goodbye to Kenny Baker, our R2D2, and frequent guest to any and all conventions.  He clearly enjoyed interacting with the fans.  He will be missed.

The first day at LFCC was mainly filled with wandering around all of the stalls and buying some bits and bobs of merchandise.  I’m more of a t-shirt buyer than action figures and the like!  I did get the chance to talk to the main guy at Dark Bunny Tees (www.darkbunnytees.com) who designed the “Rey’s Salvage” bag that finished off my costume (I think he was pleased!) and I got myself a lovely “Nelson & Murdock – Avocados at Law” t-shirt (yes, it’s supposed to say “avocados”! Daredevil inspired), which I then wore on Sunday.  On the Friday I also did manage to get autographs from Sean Maher (Simon Tam in Firefly, the best show in the ‘verse, #BrowncoatsForever), and Laurie Holden (Andrea in The Walking Dead, and Marita Covarrubias in The X-Files).  And I may have got a picture of me as Rey in the Delorean from Back to the Future!  Wrong universe, but hey, my light saber matched the neon on the side of the car! 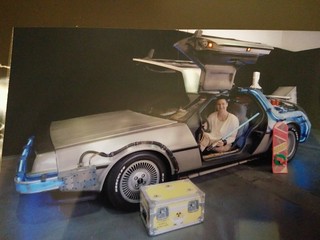 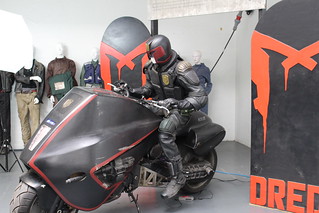 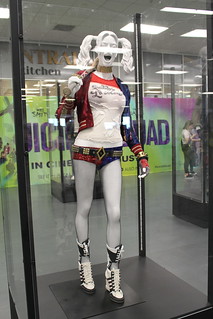 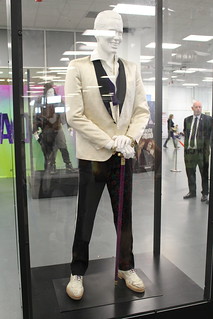 I wasn’t originally planning to attend more than one day of LFCC, but then they announced Jeremy Renner.. and well.. that decided that.

I was glad to go back for a second day, with a rest in between, as I was then able to get a couple of things from the big named guests.  I had already booked a photo session with Jeremy Renner, and that ended up being the last thing we did on Sunday, so we ended on quite a high!  He was lovely, and squeezes you *really* tight…  he’s rather strong!  I got autographs from Famke Janssen (James Bond: Goldeneye, X-Men, Hemlock Grove, etc.) and Elden Henson (Foggy Nelson in Daredevil, Pollux in The Hunger Games Mockingjay 1 & 2) – hence the “Nelson & Murdock” t-shirt!  Another of our favourites, Mads Mikkelsen, was also in attendance at the con; we already had his autograph from Starfury’s Red Dragon back in October, so rather than doing that again we went to his talk in the afternoon.  It was lovely getting to hear him speak again (he has a lovely voice!) and he was asked quite a well rounded set of questions about Hannibal, Star Wars Rogue One, and Doctor Strange.  For the most part though, he couldn’t really say too much about the films that have yet to be released.  Spoilers! 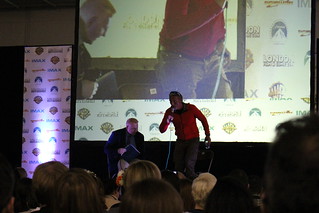 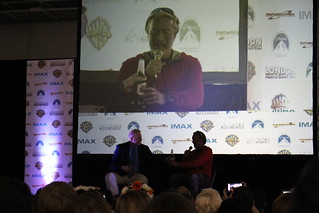 All in all, I had a great time during the weekend.  I’ll definitely be more bold with the Cosplay again next time around.  I’ve already got some ideas for new costumes.  Winter Soldier, perhaps?  Captain Mal? Han Solo!?  Noticing my theme yet?

Last, but not least, take a look at my loot! 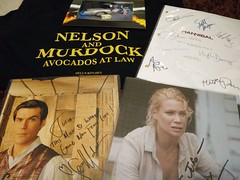 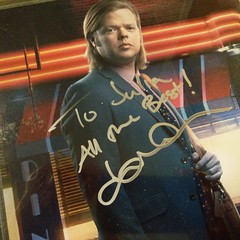 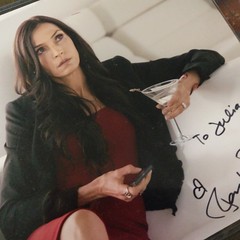 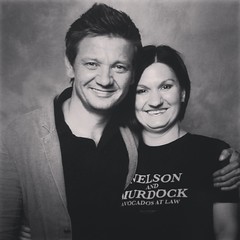 The next thing in my calendar is the Nine Worlds Geekfest, for which I’ll be a first-timer!  Got a few workshops and talks that I plan on attending.. a bit more academic this time maybe.  Just good plain fun.  Looking forward to it.