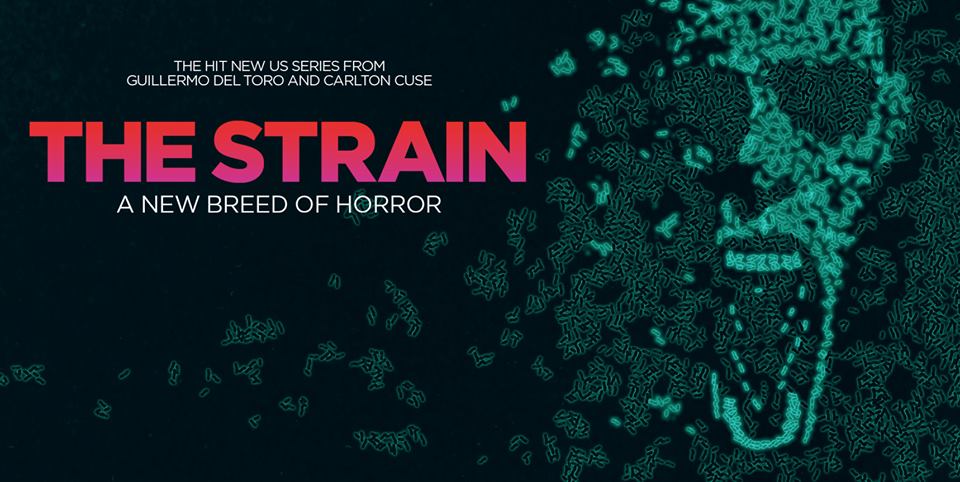 Synopsis
Our planet viewed from space. A satellite orbits and we see the paths of the moon and sun slowly start to converge. We hear radio chatter of both discussion and panic in light of this “occultation” or eclipse.

Eichorst, sans prosthetics, has a pet human held in a padded cell. He reels in his chain and feeds.

Ephraim’s ex wife gets a visit from the FBI. Eph observes from across the street.

Other pest exterminators discuss the recent increase in business. Vasily interjects and describes the new threat. The others are nonplussed.

Gus’s boxing training is interrupted by a representative of Stoneheart.

Eph drops in on the ex and Zack. He tries to get them out of town, but they don’t believe him. Zack does, but Matt the new boyfriend calls the FBI who show up immediately. They take him away. Kelly is mad at Matt for making that decision for them.

Abraham is on the hunt. In the basement of a house he finds a whole family infected. Whilst fighting them off, his heart beats erratically and he struggles with his medication. He doesn’t finish them off by hand, instead he creates a fire trap.

Nora’s mum is cleaning and doesn’t remember a thing. Jim calls Nora and fills her in on what she’s missed. Officials show up at her door, so she prepares to run.

Abraham takes a long cab ride home, and tries to recruit the driver on the way. Not interested!

Gus and Felix meet Eichorst in his underground lair. Despite his protestations, Gus must do another job. Find and dispose of a body. Gus tries to beat up Eichorst, but he seems invulnerable. Felix pulls a gun. Eichorst is too quick, so just forces them to the job at hand.

Eph is being grilled by the FBI, who get a little slap-happy, and decide to leave him there for a couple of days. Ignoring Eph’s warning that you need to fight this infection in the daylight, I.e. before the eclipse.

Gus and Felix are picked up by Jim.

Nora drags her confused mum along the street. She looks up Abraham’s pawn shop as a place to go.

Vasily returns to a suspiciously empty office. A noise leads him to a darkened room where his infected boss tries to kill him. Letting in the sunlight burns him, and stops him in his tracks. Vasily finds his female colleague in a corner, and brightens her day too.

Eph’s filled in the FBI on the whole story and dares them to visit any one of the families from the airplane. But only when he claims to know where the bodies are, do they start to listen.

Kelly shares girl talk over afternoon wine with a friend.

Gus, Felix & Jim attempt to throw the body in the river. Felix gets curious and sees the monster tongue. They then chuck infected remains into an open water source. (Slow ironic clap – seriously bad idea boys).

Vasily visits his dad. Dad’s writing for academia. Looks like Vasily should have had a higher class job than pest control. He warns his family to get out of town. Dad’s not buying it (surprise, surprise!).

Kelly and Zack watch the eclipse. Evidently not leaving any time soon.

New York goes dark as the sun is blocked out. Eph and the FBI are stuck in traffic, but see the infected missing medical examiner running along the cars. FBI take little notice, until he tries to attack someone. Instead, one FBI gets eaten. The other fires his gun, then also gets eaten. Eph climbs from the back of the car, still handcuffed. Gets the keys from one of the dying FBI guys, ignoring his pleas for help.

Matt and Co at work have to deal with some vampires in hoodies.

Gus and Felix get attacked on their way home. Gus bashes in the head of the infected medical examiner. However, Felix gets a worm in the hand. Then the cops show up.

My Favourite Bit
The character development of Vasily. I get the impression his involvement will be key to solving the mystery and finishing off the vampire/strigoi/virus.

It’s taking a while (and a solar eclipse), but finally people are starting to believe that there is a definite health problem here! I think when Abraham & Co join up with Vasily and his knowledge of the behaviour of vermin, they might actually start to make some progress!