Cast your mind back to early October 2016, can you remember what you were doing?  Some of us will remember vividly the events that took place.  Us being the Fannibals.  A voracious group of fans devoted to Bryan Fuller’s exquisite, yet short-lived, TV show Hannibal.  This was the second Hannibal Con, and as far as we knew at the time possibly the last (more about that later!).  The first was simply called Red Dragon and was so good that I ended up waxing lyrical about it the second I got back…  This time it was Behold The Red Dragon!  We do have an appetite for the dramatic. 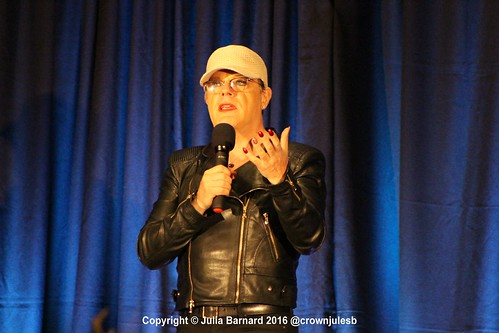 Each of the guests had one or more Q&A session to an audience of 500+ people (it was a long room!), all of which were entertaining, interesting, funny, heartfelt, loving, and so very appreciative of the fans and our occasionally random and bizarre questions.  Throughout the days each of the guests posed for photographs with most (if not all) of the attendees at organised times, and also sat to sign autographs for several hours on both Sat & Sun.

With a Regular ticket I got to do everything I wanted to do, meet all of the guests and chat face to face.  Photos are always extra, so you need to budget for that (between £15 and £30 per celebrity guest), and any of the “extra” guests – i.e. those that were announced much closer to the event than originally stated in the advertising also cost extra for both photos and autographs.. but these are very reasonably priced considering the experiences had during the weekend.  The main benefit of getting a Gold ticket is to have a “meet and greet” where you have an evening round-table meet up with the guests who circulate around the room, and Golds also get seating in the talks that are the closest to the stage.  Which is why I brought my camera with the telephoto lens!  I always end up a little further back in the audience than anticipated (which is fine).  Still photos (without flash) are allowed during the talks, with flash photographs only allowed for the first couple of minutes.  No video is allowed AT ALL.  With my big camera, I had to keep assuring the stewards that I was only taking stills.  I promise I was!

As for the guests themselves, I cannot praise them enough for their generosity, their excitement to meet everyone, their continued love of Hannibal and us the fans.  “Big Daddy Vlad” is a joy, I don’t know where he gets his energy from!  Non-stop laughs and anecdotes all weekend.  Kacey is a sweetheart, and the other ladies on the show treat her like a younger sister.  Katharine is a fantastic woman, and is always happy to talk about the odd, strong, clever, and sometimes gruesome, roles that she has played; both before and during Hannibal!  American Mary has become one of my favourite movies since the previous con, and I got Katharine to sign the DVD this time around.  Lara Jean (the only Freddie Lounds to survive the Red Dragon!) is a wonderful caring person, she shared many insights in what goes on in creating the character and what she would like to see Freddie get up to in a potential season 4 (if and when we get one!).  Hettienne Park is also lovely, her talk was so interesting and enthralling.  She shared some very personally stories of her work on Hannibal, and of working with other well-known actors on stage and screen.  Eddie Izzard comes across as an extremely intelligent, dedicated and interesting guy.  He literally took a day off from working with Dame Judy Dench in order to visit us at the con!  In short, they’re all super clever, extra nice, and brilliant at their jobs!

The other thing, which is becoming a little bit of a tradition now (I think only for Hannibal Cons) is that those fans that are artistic in any way, will bring along a batch of cool items to give away and share with the group.  I brought with me some home made ID badges for the Baltimore State Hospital for the Criminally Insane!  And I returned with a whole lot of artwork, bracelet jewellery, and items that I will forever cherish.

My best photographs can be found in my Flickr album for the Con, and a select favourites are shown below: 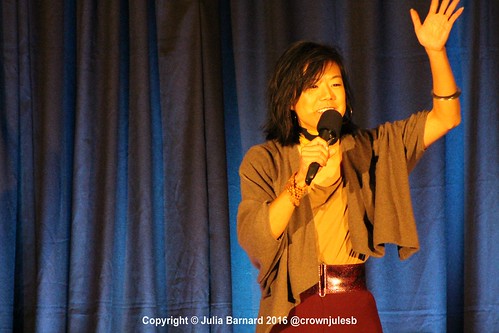 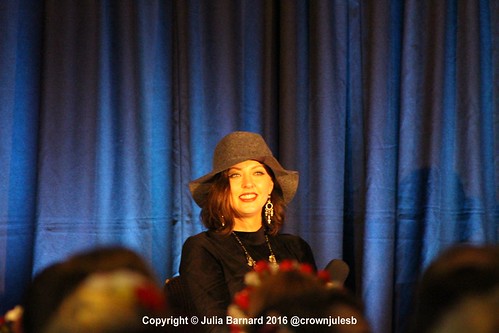 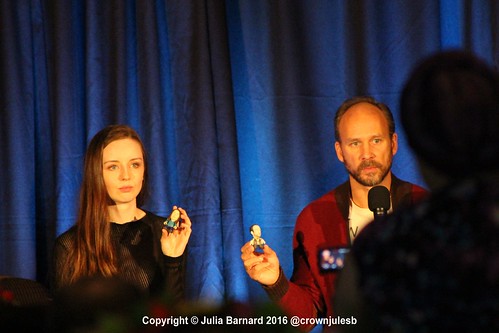 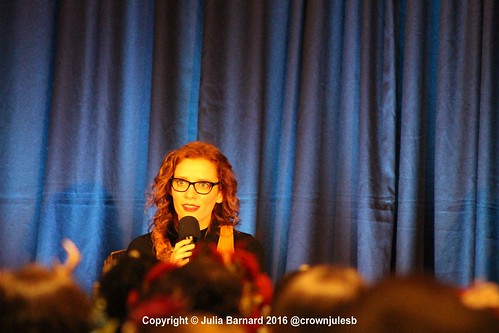 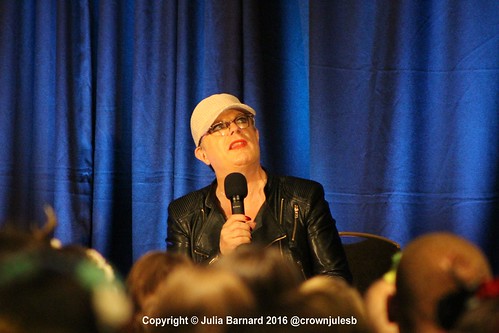 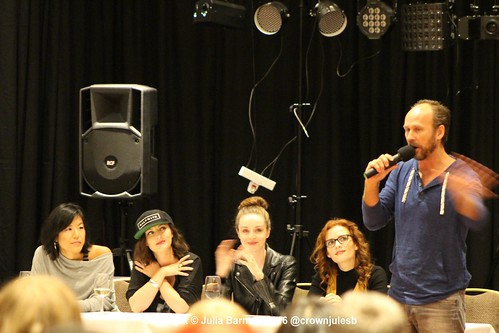 My photos and autographs with the guests can be found dotted around my social media accounts at twitter.com/crownjulesb and instagram.com/crownjulesb

During the course of the Saturday evening was the infamous Cosplay contest, which is always a highlight (but I was so far at the back of the room this time, that I got no good photos!).  The range of subject matter (not always Hannibal) and the amount of love and effort that is put into every costume, skit, characterisation, and presentation is enormous.  I’m in continual awe for all of you!  The recreation of *that* final scene, with an actual Red Dragon… seriously impressive.

We also found out on the Saturday that Behold the Red Dragon was NOT going to be last Hannibal Con, because our illustrious leader – Sean Harry of Starfury Events – has managed to secure HUGH DANCY for February 2017!  Cue the scramble for tickets…  Yes, I’ll be there (with a regular ticket once again)!  There are still a few more regulars available at the time of publishing, so take a look at starfury.co.uk and maybe you can join us too.

So, all that is left to do is save up some more money for photos with the lovely Mr Dancy, and all of the other guests already announced – and more promised soon!  I’ll be bringing with me another batch of “Baltimore State Hospital for the Criminally Insane” ID badges to give away… try and find me, I plan to wear a “Sassy Science” lab coat this year.

There’s only one thing I wish I had done more at the last cons, and that was to spend longer at the evening parties and get to know my fellow Fannibals better.  I know a few of you a little, but it’s just not enough…  This time I must persevere through my fatigue and party harder!  See you in February… I can’t wait.