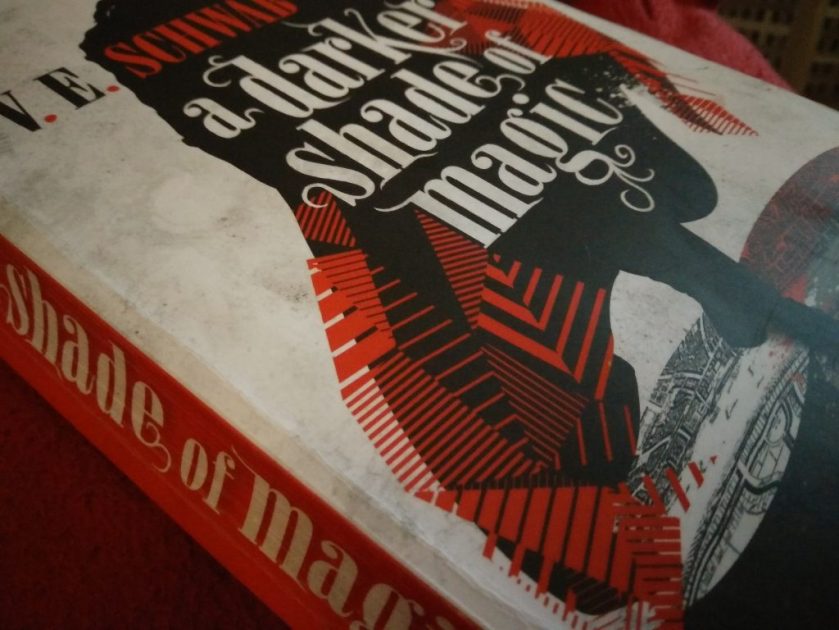 September 29, 2016 crownjulesb Books Comments Off on A Darker Shade of Magic by V.E. Schwab

A Darker Shade of Magic by V.E. Schwab

Nice coat! Seriously, I want that coat. Except of course when you put something in your pocket, then change it up and forget which iteration of said coat contains the item!

Kell is one of the few people from any of the London’s (Grey-, Red-, White-, and the lost Black-London) which exist in the different plains, and also one of the few that can travel between them. An object comes into his possession, one that has implications relating to Black-London, and has interest from those in power, from various plains. Delilah Bard – Lilah – is from Grey-London, that is our regular London, she’s on her own and spends most of her time stealing and conning her way to her next meal. Hoping for some kind of adventure, she dreams of pirate ships and a life of crime on the high seas. Through their partnership, Kell and Lilah have to find a way to keep this important object out of the hands of the wrong people, and with close friends becoming influenced by other-worldly forces, their trust only lies with themselves.

A well-paced story with beautiful imagery. Kell, his family (or adopted family) are given a little back-story. Lilah for me became the most interesting of the characters, with some definite potential for development in the future of her narrative. Generally the “big-bad” of the book was presented as fairly one-dimensional, power hungry and influential. So became the obvious target for the end point of the novel. Their methods of influence, however were more interesting throughout the middle of the plot, and how these methods were both deployed and received by Kell and Lilah. For me, because of the fantasy setting, the peril of opening/closing/destroying one or more of the London’s, didn’t hit home in terms of evoking the sense of danger, but I still found the book to be enjoyable.