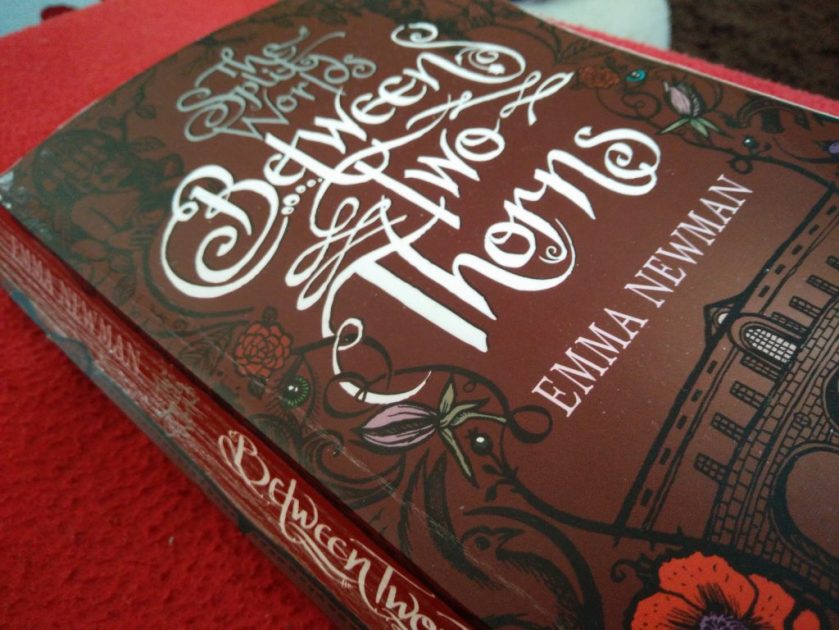 May 16, 2016 crownjulesb Books Comments Off on Between Two Thorns by Emma Newman

Between Two Thorns by Emma Newman

Catherine Rhoeas-Papaver has escaped into a normal life. University, boyfriend, a flat and bills. Where has she escaped from? The Nether, the place between worlds, these worlds being Mundanus (i.e. the human world) and Exilium, where the Fae Lords have been exiled. In the Nether, the Great Families live in mirrored Mundane Cities, such as Londinium, or Aquae Sulis (i.e. Bath). You don’t age in the Nether, you have to grow up in a Nursery building which lies within Mundanus, and then move back. Stuck in their very old-world sensibilities, the inhabitants of the Nether have very rigid rules and traditions, and are also devoted in some way to their Fae Lord family patron. For the Rhoeas-Papaver family that’s Lord Poppy, and due to Catherine’s disappearing act she becomes a favourite of his to manipulate.

At the start of the new season in Aquae Sulis, the Master of Ceremonies goes missing. Catherine gets dragged into trying to find him since she’s his niece and because of her connection to Lord Poppy. The politics of upper-class highly-interbred families, and bickering of the highest order play a large part. Also investigating this crime is an Arbiter called Max; he’s somewhat non-emotional due to the fact that his soul has been separated from his body – keeps him level headed, and forever bound to the organisation. At the same time, something happens to all of the other Arbiters, and Max’s disembodied soul gets trapped inside a granite gargoyle.. which is then able to move and speak, and who ends up being one of the more well balanced and compelling of the characters. Max assesses coldly whilst the gargoyle gets upset, or flirts.

The B-story ends on a cliffhanger… so I’ll have to get my hands on more of these to find out what the larger mystery is. With three worlds to navigate, there will likely be a long winding path to the answers. You feel for Catherine, as she’s forced back into the life she tried to leave: arranged marriages and what essentially boils down to imprisonment in a lifeless, unchanging environment. But she’s wily and resourceful, so will no doubt find a way to bargain for her freedom.