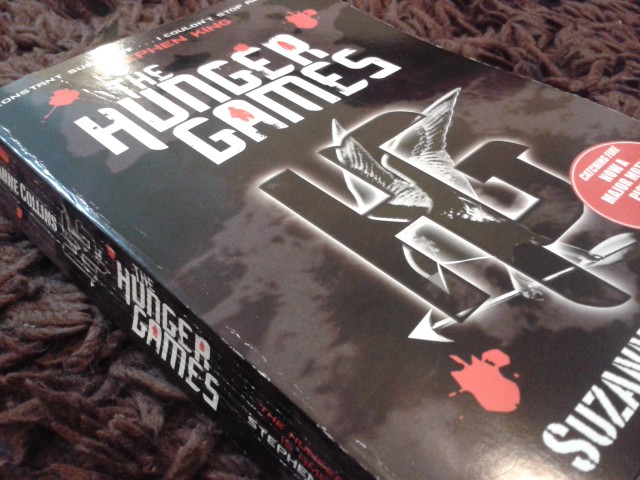 The Hunger Games by Suzanne Collins
My rating: 4 of 5 stars

Katniss Everdeen volunteers to take her sister’s place when she is randomly chosen to take part in the “Hunger Games”, and along with fellow tribute Peeta Mellark have to fight to the death with the other selected tributes from the 12 Districts of a somewhat dystopian future American society.

Written as a YA novel, it is able to explore mature subjects in a fantastical setting and therefore making them accessible for anyone to understand, regardless of age. Such subjects explored include the politics associated with an autocratic regime and how it attempts to keep its’ subjects under control by restricting the flow of resources, and enforcing this annual “contest” to keep the general population from asserting their own opinions and power. Leaning towards how a fascist regime may operate if allowed to continue in the long-term. The differences between the rich and the poor are emphasised by the excesses in the Capital where beauty, fashion, and celebrity culture is taken to the extreme, and ultimately becomes a parody of itself. Where, in contrast the struggle for simple survival in the poorer Districts is the main driving force. Descriptions of the 12 Districts therefore also touch on broader themes of apartheid and segregation of community.

A fast-paced novel, which keeps you engaged to the last page. The characters are very well developed, each with their own story to tell. Some of whom we understand and come to love through the main story, but even those who make only a fleeting appearance have clear motivations – or are deliberately there to raise suspicion.

The film was great. In my opinion, the book is always better!
One down, two to go.