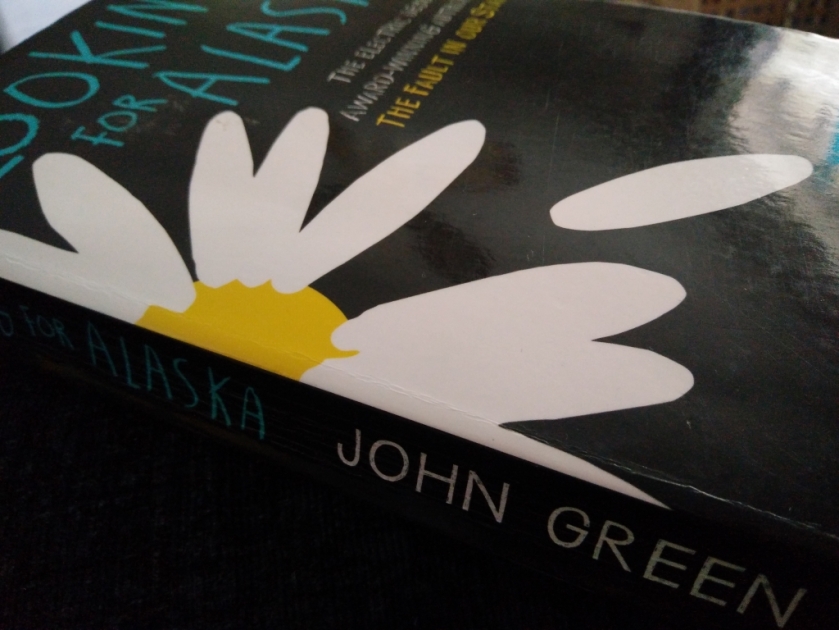 Looking for Alaska by John Green

OK, so this book was really quite the downer. Quite a lot of teenage-angst from the beginning.
The fact that there was a countdown throughout the first half of the book, obviously meant that someone was going to die, and yes of course it’s going to be the one character who “seemed” to be outgoing and adventurous, the titular Alaska. For anyone who is remotely familiar with the symptoms of a hidden mental illness, be that depression, or some form of post-traumatic-stress-disorder, then the signs were glaring from the beginning.

Following that tragedy, the main characters are convinced that something “other” could be the explanation for Alaska’s demise, but ultimately their investigations only lead them to the knowledge that they really knew very little about their friend.

I guess, it teaches you to pay attention to those around you more. When someone is “acting up”, there could be a very good reason for that, but it can be impossible for that person to open up, explain what’s going on inside their head. Sometimes the words simply aren’t there to be expressed. Be mindful of each other.